Firefox profile are almost like using different browsers (each profile acts as a different browser). The profiles can have their own bookmarks , addons, extensions, themes and so on, means one profile could be totally different from the rest profiles.

Here is the way to create a separate profile in the Mozilla FIrefox,

1. Just launch the command prompt (go to Run, write cmd and hit the Enter button), and launch the mozilla firefox with its end as –profilemanager, as shown below.

2. This will launch the the Profile Manager of Mozilla Firefox,

Now first of all you need to uncheck the Don’t ask at startup option, so that whenever Mozilla Firefox gets started, it will ask which profile is to use.

So, now you can create multiple profiles by using the Create Profile Button. and similar to this, you can also delete or rename any of the available Mozilla Firefox Profiles.

How to use Different Mozilla Firefox Profiles at the same time ?

Well, you will not be able to run more than 1 Mozilla Firefox profile simultaneously, by default.
But if you want to use different profiles at the same time, then first of all you need to make a shortcut for Mozilla Firefox. The simplest mehtod to this is, visit the Firefox installation directory (usually C:\Program Files\Mozilla Firefox), right click on the file firefox.exe and click on create a shortcut and copy-paste it to the desktop, or click on the send to desktop link.

Then visit to the desktop and perform a right click on that newly created shortcut, then go to properties, and append -no-remote in the end of that text, as shown below.

You might be knowing that, screensavers are the moving pattern which helps in protecting the computer monitor screen from burn-in due to the static text or image residing on it’s screen for longtime.

On the Microsoft Windows Vista and Windows 7, one can configure the timings for the screensaver to come in, which is set to 5 minutes by default.

Here you go, you just set the screensaver timeout value.

First of all, we will go with the basic secret short codes, and thereafter get into the action.

One can start with some basic secret short codes which are common to all the phones,

Now coming to some secret codes which may or may not work on all phones but these are working on many Samsung mobile phone models.

Probably you might be knowing about the best Android Mobile Phone in the market – i.e. Huawei Ideos U8150.

But you were worrying about the battery life as the Android operating system fetches it in very short period of time. The real culprit is the Android Operating System, not the hardware of this phone.

So I am writing a few tips for increasing the battery life of Ideos. I personally experienced these tricks on my Ideos Phone.

Even I am using these tricks to save the battery life of my Ideos phone, and most of the time I get battery back-up of around 3 days and 6 hours.

As the companies like Samsung who don’t care for the customers’ after sales service and just bothering to sell their product in the market, either by huge advertising or by giving a great commissions to the phone sellers/shop-keepers, The only name kicking Samsung Android Phones is, the Huawei Ideos, which can also be defined as the best available android phone in the market.
The new Huawei Ideos (Inner Model No. U8150) is a nice smart-phone from Huawei, to enter the market with Android OS 2.2 pre-nstalled in it. You can save the applications in its microSD memory card (2GB provided by default) and expandable upto 32GB. Phone is equipped with a Wi-Fi Tethering Service / Hotspot Feature for 3G terminals 8 with Adobe Flash supports in Browser. 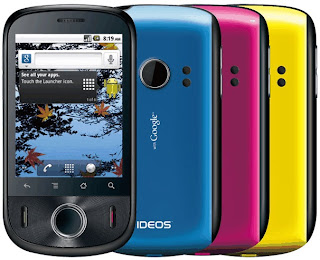 Huawei Ideos has a touchscreen display of 2.8 inches with a resolution of 240 × 320 pixels.
Huawei Ideos comes with 528 MHz processor and consists of a WiFi, 3G, HSDPA, GPS, Bluetooth with A2DP, and a 3.0 mega pixel auto-focus camera.

The Features and Specifications for Huawei Ideos Mobile Phone highlights can be described as : 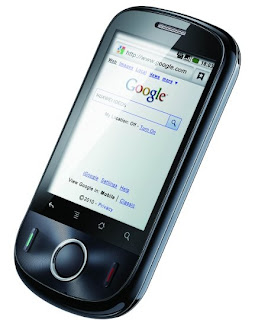